Google has officially announced the name of the next version of Android as Android Nougat.

Google initially announced the next generation android as Android N, but what N stands for was a question. Some thought it would be just the name of the series google might use from now on wards. But on last Wednesday, Google announced that it’s calling upon the general public to help them name Android N, which you could do on the Help Name Android N website.

Each Android release has a version name that is commonly know by everybody and they all are named after desserts, like Android Jelly Bean KitKat, Lollipop and the last one before Android Nougat was Marshmallow.

So are you ready to try Android 7.0 Nougat from Google? It’s in beta right now. Android Nougat will be available later this year. It will be rolled to the high end devices first like Nexus and than the others to follow. 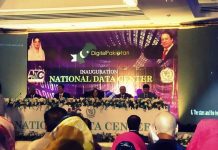